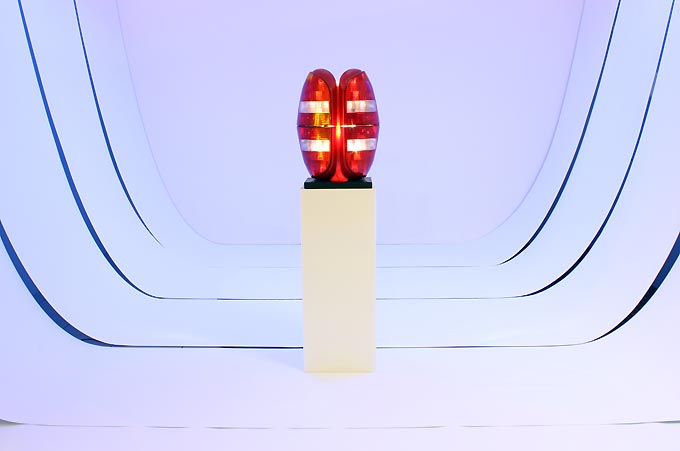 This first Biennial for Light Art in Austria wants to generate a cut surface between society and art. The spontaneous conjunction with art in public spaces leans on the art concept of Joseph Beuys from 1965 “How to define the paintings to the dead rabbit” in Düsseldorf.
A dialogue should arise between art and the public. The show with over 50 artists from 1st September to 17 , December, under the title „private light in public spaces“ a versatile overview is presented with some highlights as – Brancusi Voodoo from Brazilian artist Alexandre Murucci .

Brancusi Voodoo is a work from the Voodoo series, made from post-industrial materials such as car lanterns. The sculpture is a tribute-rereading of the Brancusi works, its proportions and relations with African tribal art, that shaped the trajectory of the Cubists and Modernists.

The serie Voodoo was born from the work titled Pollock Off-Road, made to speak about the American society, its icons and its lifestyle builded in the supreme consumerism, which had their bases threatened in the latest financial crash. Thus the use of this car accessory, created a vocabulary that has been explored by me in several other studies and aesthetic investigations.

At Austria Biennale, the work was completed with a site-specific installation, where waves formed by printing white volumes, expanded the forms of the sculpture, emphasizing it.

The organisation team of the „Biennale für Lichtkunst Austria 2010“ is led by Martina Schettina from Langenzersdorf and Manfred Kielnhofer from Linz. 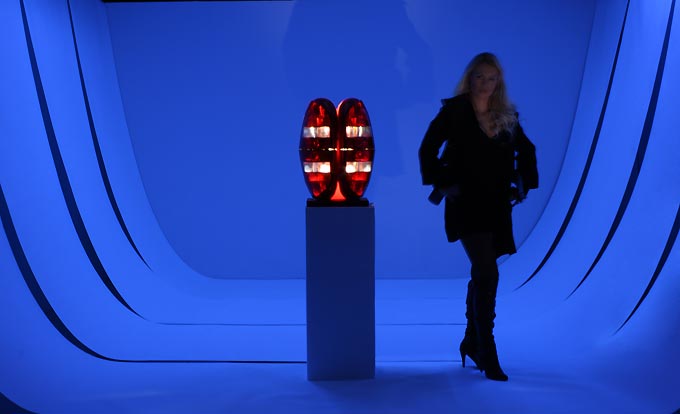